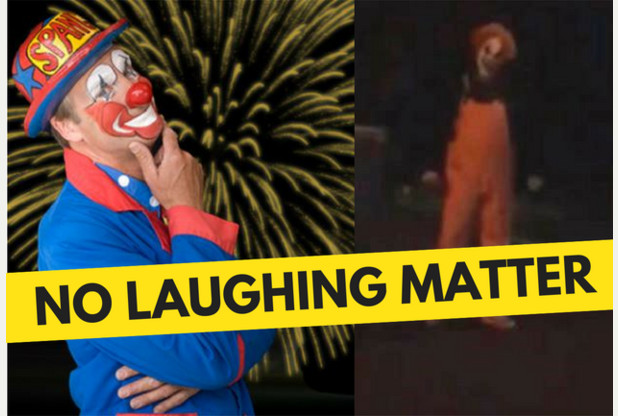 The Demonising of Clowns.

Spangles The Clown have been working in Devon and Cornwall for the past 27 years, my clown shows delight children and adults at many of the top tourist destinations in the South West. The present demonising of clowns has nothing to do with my profession. Stephen Kings horror film IT, 28 years ago brought a clown character to the screen to scare people and there have been many since. Joke shops and Fancy Dress Stores are stocking up with scary clown masks coming up to Halloween. As a children’s entertainer will  more children be scared of clowns after this latest craze, possibly. For more than twenty years, I have be the one to judge all the pumpkins carved, lanterns made and fancy dress costumes worn by hundreds of children and parents at Woodlands Leisure Park. But  that  innocence family scene has changed, moved on. Older youth want frights nights, it has become scary.  Spangles the Clown no longer judges the families patient pumpkin carvings and the making of things. Halloween will pass and Spangles The Clown will continue to entertain with my funny antics, visual comedy and great circus skills to hearty laughs and the demonising of clowns will pass, I hope.

Taken from Express & Echo “A clown from Exeter, known in the trade as Spangles, says there is stark contrast between his brand of children’s entertainment and the current ‘Killer Clown’ craze.

Sinister pranksters, fuelled by social media, have been roaming streets dressed as horror movie clowns in a bid to terrify passers-by.

Steve Eldridge, who now lives in Dartmoor, says the incidents are not being carried out by clowns, but people dressed as clowns.
“To be a clown you need to be funny,” he explains, “My job as Spangles the Clown is to A: Be entertaining, and B: Perform good tricks. Their job is to be scary.

Mr Eldridge has been in the children’s entertainment game for 27 years, and is professionally trained in circus skills like juggling. He takes his caberet show across Devon and Cornwall.

On whether these ‘Horror Clowns’ normalise a fear of clowns and clown make-up, he said: “In my experience kids, especially around seven and eight years old, still really love clowns.

“They are growing up with Mr Tumble, and have a good view of clowns. Those who tend to be scared of them are older and teenaged, and I take nothing personally.

“These incidents are being done by clowns targeting a different audience. My caberet shows and workshops target youngsters, whereas this appears to be for teenagers and those older.”

In the United States, where the bizarre incidents originated,children’s entertainers have been vocal about the creepy sightings.

One clown. speaking to NPR, said: “When you start putting clowns up there with terrorists, then I think people need to take a step back and ask themselves, yeah, maybe it was funny in thought, but is it really funny?

“Because underneath the makeup – for the real clowns – are real people with real families, with real jobs.”

Circus Berzercus Performance Woodborough School. Circus Berzercus  have been invited back by Woodborough School PTA to perform one of our award winning family shows. 120 tickets have been sold with a capacity for 148 people, so a little room for any walk ins later. We provide the posters and fliers for the show and the PTA have sold the tickets, set up the seating. Tickets were sold at £5 per child 4 years and upwards and adults at £8. We charged £500. Our show has a 50 minute first half, then a 20 minute interval. P TA sell refreshments, followed by a 30 minute second half. This really is a fun way for the School PTA to raise money. 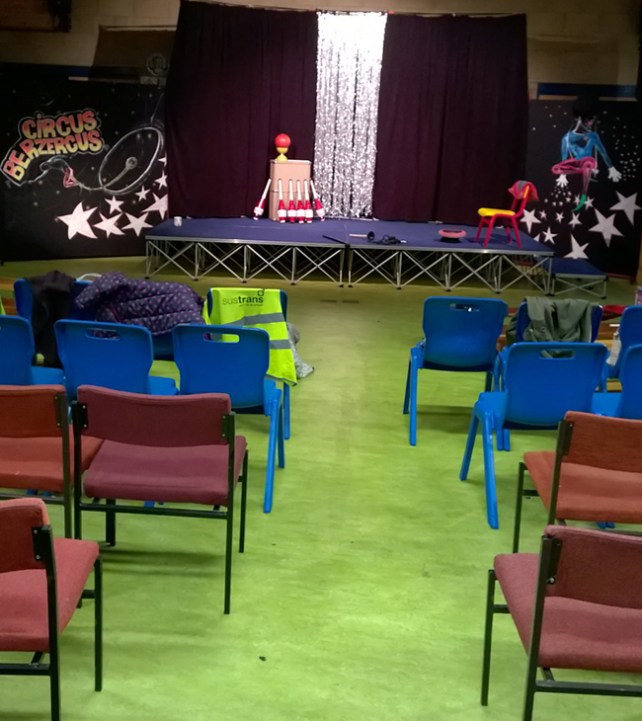 Details of school including location Here

Spangles performs at Pecorama pleasure Gardens School holidays 2016. One of my favourite venue’s is performing on  the top spot stage at Pecorama pleasure Gardens, Beer, East Devon
Spangles the clown has delighted family audiences whilst performing his clown show at Pecorama since 1992. The views from the tourist attraction over looking the coast are sensational. You will hear the toot of the steam engines and the smell of coal smoke and steam as the Pecorama trains leave Much Natter train station. Families will enjoy the wonderful gardens, train journeys and top notch circus shows from Spangles the clown and others when visiting this lovely tourist attraction here in East Devon. Just a fantastic day out for all the family https://www.pecorama.co.uk 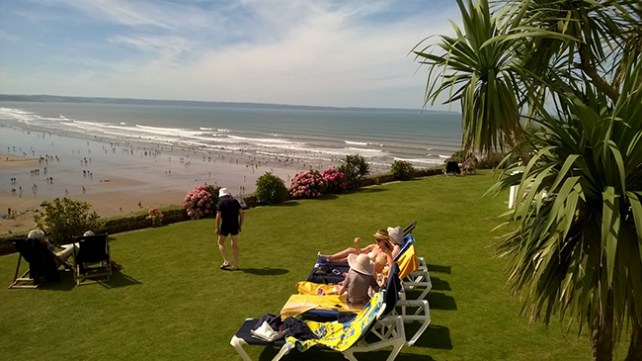 Mondays during School holidays you will find Spangles the clown running his circus days in the Woolacombe bay hotel, North Devon. If wet you will find Spangles indoors teaching circus skills in the large ballroom but if the weather is bright we work outdoors on the beautiful lawns over looking the sea and puffin island. Many children return each year and enjoy learning new skills and routines to perform during the evening show as part of Spangles the clowns show. Over the years the circus workshops have new equipment introduced. This year Spangles has four sets of handheld stilts and some small unicycles for children to master 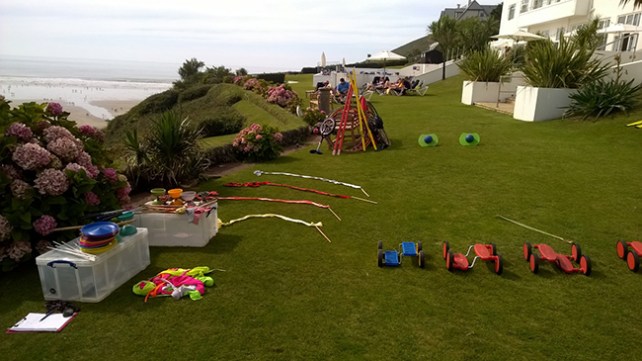 For more information on the Woolacombe Bay Hotel visit their website here https://www.woolacombe-bay-hotel.co.uk